DNA replication of Eukaryotes (cells with a nucleus) occurs stepwise. Each step needs different enzymes. The DNA replication steps can be broken down as:

DNA Replication Steps for prokaryote cells are almost similar with some minor differences. 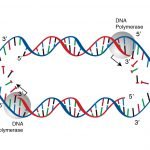 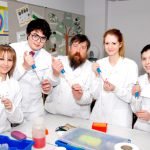