What Are Dominant and Recessive Alleles? 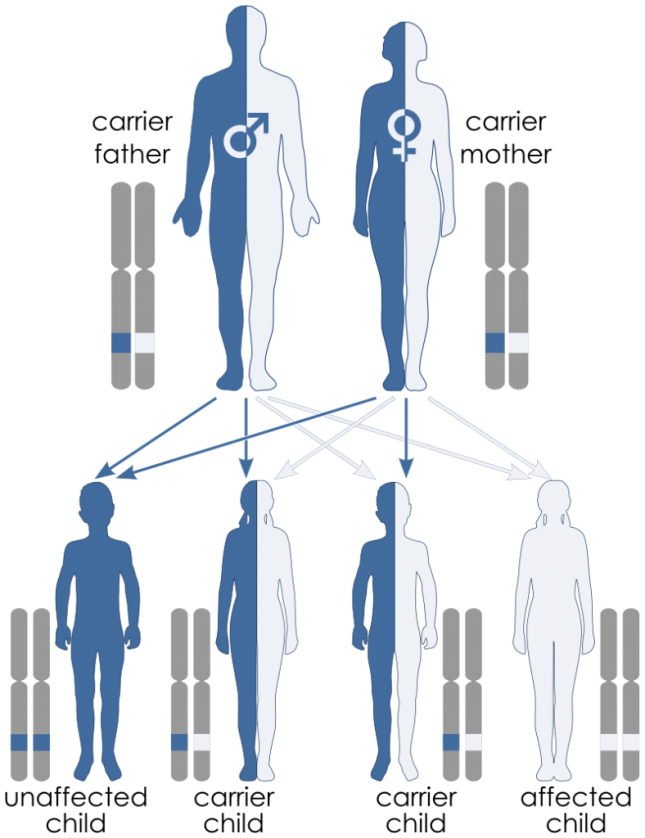 Dominant and recessive alleles are how we describe the traits passed down through inheritance. This occurs only when an organism sexually produces. Each parent passes down one-half of the genetic information, and those combinations make up our specific genetic code.

That specific genetic code is the genotype. What can be seen, or the physical differences caused by the genotype is called a phenotype. In the early stages of science, scientists worked primarily off of phenotype to discover dominant and recessive alleles and the traits they affect.

A monk named Gregor Mendel was the first to truly study this effect, in pea plants, in his garden, in a monastery.

Gregor Mendel began studying the issue of inheritance in the 1860s. He chose the pea plant as his subject because the plants’ breeding was easy to control. He could use a small paintbrush to pollinate the plants, as he wanted. 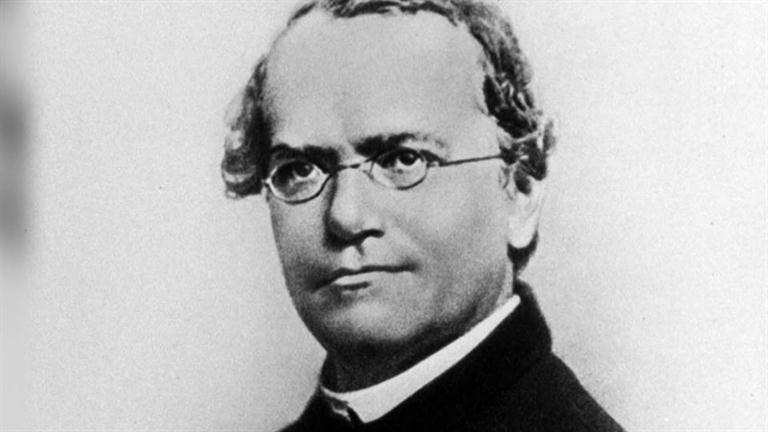 He could either self-pollinate the plant by fertilizing the stamen with its own pollen. Or he could cross-pollinate by fertilizing stamens from one plant with the pollen of another. He then determined the phenotypes that he wanted to control. He saw seven different characteristics in his pea plants and he decided to work off of those phenotypes.

The first thing Mendel did was to make what we call pure-breeding plants.

He continually self-pollinated a line of plants until each plant exhibited the exact same physical traits as its parent. What Mendel had done, was ensure that the genetics of each of his plants was exactly the same, although that wouldn’t be known in his lifetime.

He then began to specifically cross-pollinate plants and observe the outcome in the offspring plants. He then pollinated the offspring either to another plant, back to its parent plant, or to itself to see what the outcome would be on his chosen characteristics.

Mendel continued with his experiments and found that in the case of certain traits, they would appear at a statistically consistent ratio. If a pure purple flower was bred to a pure white flower, the resulting offspring would always have purple flowers.

In sexually reproductive organisms, each offspring receives half of its genetic material from its maternal side and the other half from its paternal side. Each parent donates half of the genetic code for the offspring.

The resulting offspring inherits specific traits from each parent, but often the phenotype is very similar to one parent over the other. For example, in humans, if one parent has brown eyes and the other has blue, statistically, most of their children will have brown eyes.

This is not because the offspring did not inherit the genetic information for blue eyes, but that its phenotype is covered by the inheritance of the brown eye genetics.

The brown-eyed phenotype will always be present in more of the offspring. Therefore, it has been termed a dominant genetic trait or a dominant allele of that particular gene in the genome.

The blue-eyed trait, or allele, is still present, but its effect on the offspring is not seen, so it is termed the recessive allele.

If a person has a dominant allele in one position and a recessive allele in the other position, they are said to be heterozygous.

The combination of homozygous and heterozygous is what gives humans such a wide range of appearances, even though we are all the same species.

In certain areas of the globe, the preference for certain phenotypes can be seen. This usually does not have to do with beauty, but some sort of survival advantage to that particular group. For example, people who live in the north, like Sweden, have light skin, hair, and eyes. They live in cold, less sunny temperatures.

If they were placed in Africa, those traits would not help them survive. Similarly, those born in Africa have dark skin, hair, and eyes, probably to help them to survive the brutal sun that is often shining in that part of the world.

Of course, this has been determined over a long period of time, through the evolution of the species.

People who have blue eyes have a pair of recessive alleles for eye color.

This type of inheritance is called single gene inheritance. A single gene is responsible for the outcome of a single phenotype. Some of the most basic phenotypes we notice are characteristics that are based on one gene, like eye color. Characteristics such as height are based on many different genetic variations and rely on a different method of translation from parent to offspring.

There are numerous diseases linked to single genes. Sickle-cell anemia, where the blood cells are misshapen and cause blood clots is a recessive single gene-disease. A person who inherits both recessive alleles for a particular protein found in red blood cells will have this disease. Huntington’s disease, which is a neurodegenerative disorder, is related to have to a dominant gene, which if present will target that person for late-onset of the disease.

In the case of sickle-cell anemia, being heterozygous at that gene allowed for people to be resistant to malaria. In Huntington’s disease, the late-onset allows for reproduction before the onset of the disease. Consequently, continuing on the possibility of the inheritance of those alleles.

There are single-gene diseases located on both the X and Y chromosomes. In an X-linked recessive disease, a female can only have the disease if she has inherited both recessive forms of the allele. If one of the alleles is dominant, then she is termed a carrier of the disease.

This is because while she does not show symptoms of the disease, she can pass it down to her offspring. An example of an X chromosome recessive disease is hemophilia. Hemophilia is a blood-clotting disease that decreases the body’s ability to produce a protein that helps it clot blood. It appears mostly in males, since they have only one X chromosome, passed down to them by a mother who is a carrier.

It can happen, but rarely, that a woman would have a disease like hemophilia, because she would have to inherit two recessive copies (meaning the father would have hemophilia), in order to exhibit the disease.

Y-linked diseases are slightly different. If the allele is disease-causing, a man will show symptoms of the disease. It does not matter if it is dominant or recessive. These Y-linked diseases are very rare. Most are not life-threatening, or the genetic information would have died out before being passed on.

There are a lot of different ways that dominant and recessive alleles can interact within the human body. Some are simple, others are more complex, but each contributes to the unique genome of each organism. 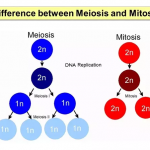 Previous Story:
Mitosis and meiosis – the differences
Next Story:
What Are Single Nucleotide Polymorphisms?